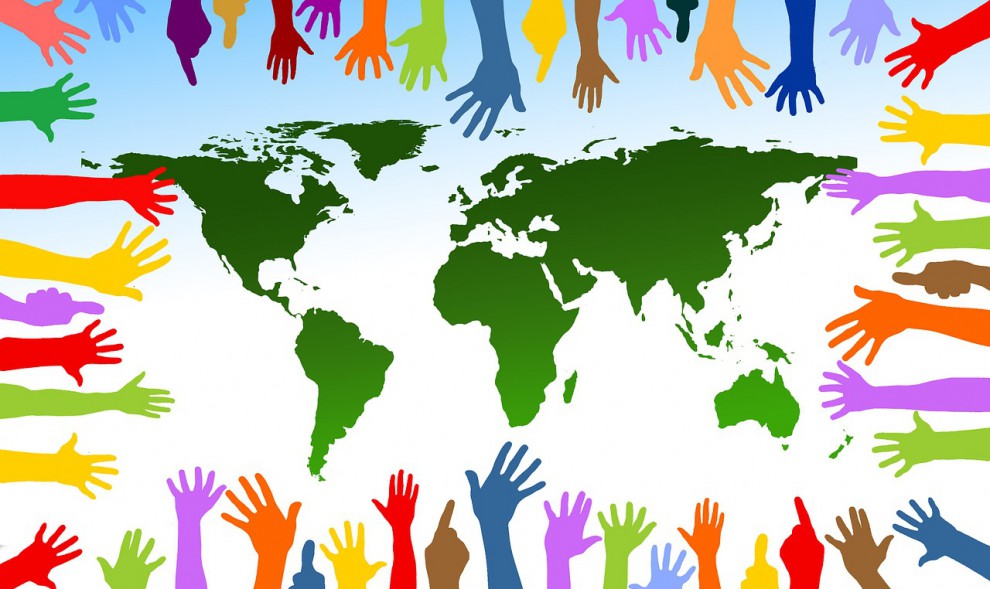 In 1999, the American Academy of Paediatricians issued guidelines to limit screen exposure in children less than 2 years of age and caution for under 5s in general. These recommendations were again ratified in 2011, although digital media has dramatically changed since then. However, there is little current research to show any detrimental effects of media use in such populations. In fact, interactive media screens are becoming part of children’s everyday life and they have increased participation in children with special needs and disabilities.

Following a special issue on the Zero to Three Journal published last March 2013, I will attempt to summarise their findings and possible implications for OTs working with younger children.

Most studies on very young children have been carried out solely on the effects of ‘passive’ media (i.e. TVs, video and DVD players). The results appear conclusive, over the past ten years of research:

–          Background/foreground TV: Background TV (media directed at adults and older children) seems to affect attention, language development, reduces parent-child interactions and quality/ quantity of language directed to the younger child. In contrast, Foreground programmes directed to younger children does not seem to have such negative consequences, but young children (under 2) seem to learn better from real-life demonstrations or require higher number of repetitions from the same videos (this is called Video deficit).

–          Commercial videos and targeted programmes: it is now proven that some claims from programmes such as Baby Einstein or Brainy baby are not supported by evidence and at times are misleading altogether. Producers do not seem to be able to develop useful learning media programmes for under 2s, but older children seem to benefit from certain programmes. Sesame Street tops the list of favourite programmes for learning new concepts in pre-schoolers, especially from more deprived backgrounds. On the other hand, watching videos together with their parents and interactive questioning from the programmes looks like a promising way to develop new learning in the thinking and language areas.

Although there is quite limited research at the moment, experimental studies have shown that interactive computer games can be as helpful as face-to-face learning, and they are definitely more effective than passive media. Apparently, babies as young as 6 months can recognise familiar pictures on a screen, and there is plenty of anecdotal evidence from parents allowing their babies to use their touch screen devices with simple apps. These findings seem to support the thought that future uses of interactive media are likely to aid young children’s learning and skill development, but it might too early to come to any definite conclusions just yet.

What this means for OTs working with children with special needs:

Most parents continue to disregard the most recent advice from the AAP about ‘screen time’ for younger children, primarily due to positive memories of their childhood educational programmes (i.e. Sesame street) and also due to convenience within their family routines (i.e. keeping children busy while adults get on with chores). As a result, children are increasingly filling large chunks of their day engaged in interactions with screen devices, which are becoming more interactive and providing instant feedback on their actions and efforts.  OTs need to carefully consider how and when to facilitate participation and access to these activities as part of a child’s regular routine.

–          They are part of children’s everyday occupations and even younger children are now regular media consumers: OT can increase attention and motivation by using media that children are already familiar with.

–          Immediate feedback: interactivity and contingency are strategies known to promote learning in infants and toddlers.

–          Opportunities for learning: it can be part of our bag of tools to practice a variety of ‘traditional’ OT tasks, from letter formation on a screen to practicing hygiene tasks on a virtual child model.

–          General lack of evidence into the short and long term effects of interactive technologies on the children’s learning.

–          Transfer of learning to the real world: are children able to generalise the skills learned to other contexts? Are they able to use their newly acquired words or concepts in other settings such as the classroom?

–          Potential to limit the child’s natural interaction with people, especially if social communication difficulties are already present. Excessive preoccupation by technology can already be found in certain populations, such as ASD.

–          Consideration needs to be given to fine motor skills and visual/auditory perception in children with special needs. Alterations may be required for those children with physical/coordination difficulties and sensory impairments.

Any opinions / comments are welcomed. Do you regularly use any type of technology as part of your assessments/therapy sessions? What have you found more/less useful?

Watch out for an upcoming post on the use of iPads in education settings for children with special needs. Also, the last edition of our ebook will be available to download, in August 2013: Assistive Technology and AAC in the Classroom. An essential guide for OTs and SLTs working in paediatrics.

Want to find out more? Some sites:

Center for Media and Health: www.cmch.tv

I feel passionate about digital assistive technology, and I don’t think it has to do with the fact that I work with younger clients (well, maybe a little). As an OT, for many years I have seen the different a well-chosen piece of equipment can do to assist a person access a meaningful daily activity. For me, digital assistive technology is just a step further from this concept: it is fast, versatile and motivating to a wide range of people from different backgrounds, interests and ages. More importantly, it has quickly developed a range of accessible options for people with disabilities and it can work excellently as a means to an end (i.e. environmental control).

Professionals from every field have rapidly acknowledged the value that technology offers to their clients; however, OTs frequently decide that they lack expertise or that it may be other profession’s remit to deal with these issues. Additionally, OTs already have knowledge of important underlying skills, such as how to improve positioning, arm and hand function, visual-perception, etc., all of which play an essential role when deciding the type of technology to prescribe.

At the end of the day, one Ipad-size does (NOT) fit all!

It can also feel daunting to dig deeper in this area, since there are currently so many choices and the technology changes fast, at times to attract further consumers but frequently to improve its functionality and resolve glitches.

So here is a quick guide to restore confidence on our skills and encourage the use of digital assistive technology in our day-to-day practice:

Then comes deciding on a position for the system: this also needs to be stable and in the same place, as we don’t want to change the demands of the task every time for the user. Appropriate placing or fixed mounting of the equipment will maximise physical access to the system tried. Once a successful set up has been agreed, another job is to convince everyone not to alter it, to achieve consistency and ease of access in the long run. Use permanent markers and take pictures of the person using their system in the right set-up, then ensure this information is shared with all involved, including the client.

Support is crucial after provision: ensure everybody is trained and has sufficient knowledge of the system (but don’t bombard them with too much information). Identify and agree with the user and support staff the times of the day when the equipment can be used to ensure full integration in their routines, rather than an extra chore that everybody forgets after a while.

Generally speaking, if a person appears to have a delay or a difficulty in activity participation or communication, technology should be introduced as early as possible in that person’s life. Most children, young people and adults already have access to technology round the clock as part of their school, work and leisure routines. Many older adults are already introducing it in their lives to ensure participation in meaningful activities such as talking to relatives on Skype, selecting a favourite large print book on their e-reader or reminding themselves of their medication using phone alarms.

It is an OT’s responsibility (in conjunction with other relevant professionals) to carry out a client-centred assessment of AT needs, to prescribe appropriate resources and initiate onward specialist referrals for all clients requiring AT to enhance their participation in relevant daily activities. An occupational therapist is a ‘core professional’ that has an essential contribution to this type of assessments, but further skill development may be required in this area, to match existing professional skills with the advantages of new and emerging technologies.